The trio, founded already at the end of the last century, was in 2008 renamed after the Armenian musical legend Aram Khachaturian. Armine Grigoryan (piano), Karen Shahgaldyan (violin) and Karen Kocharyan (cello) are each in their field the best of Armenia as well as very successful in trio. Their tours have taken them to most of the European, Asian and American countries and as far as Australia. The list of festivals and prestigious concert halls is extensive including Vienna Musikverein, Leipzig Gewandhaus and Tokyo Suntory Hall. On February 27th, the Blackheads Hall will be filled with beautiful music, the highlights of the evening being Elegiac trio by Rachmaninoff, Mozart-Adagio by Pärt and Khachaturian Sabre Dance. 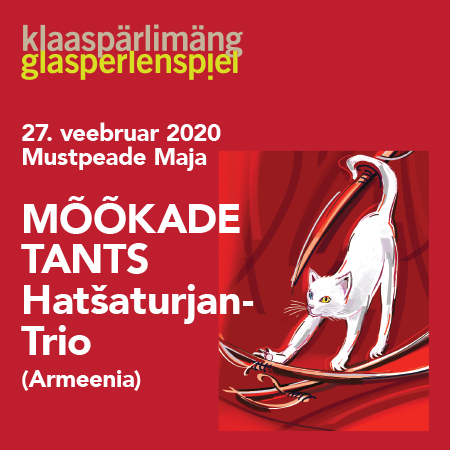