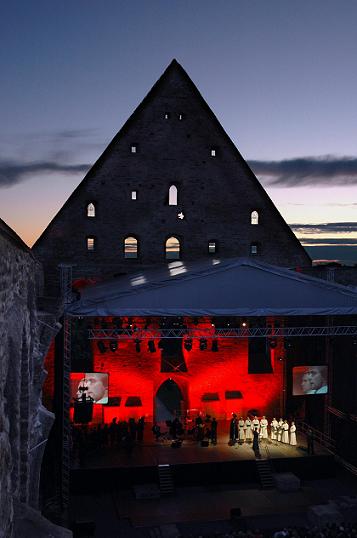 The history of the St. Bridget’s Convent in Tallinn – the Pirita Convent – dates back to XV century. The idea to found a convent in Tallinn, the capital of Estonia, was initiated by some Tallinn merchants already in 1400.

In early 15th century when Pirita convent was built, Tallinn (Reval) had started to benefit from its privileged situation as a monopolistic transit trade point between east and west. During that medieval building boom in Tallinn town wall was reconstructed and many new towers built. In addition to Pirita convent also several other outstanding buildings, of which some have survived until nowadays, were built, including the new Town Hall in old town.

The traditional building materials in Estonia that time were limestone and timber. Because of the building boom the people who had decided to build St. Bridget convent in Tallinn, faced a shortage of building materials as well as lack of organisational skills. Despite the merchants Hinrich Huxer, Gerlach Kruse and Hinrich Swalbart and their supporters finally got the land for the convent on the right bank of the Pirita River, it took several more years to battle with many difficulties that had to be overcome before the construction of the convent finally started.

In 1407 two brothers from St. Bridget Order Convent in Vadstena, Sweden, had arrived to Tallinn to promote with advice and other assistance the expansion of order to Estonia. In 1417 finally the first limestone quarry permit was obtained from the town with the help of the Grandmaster of the Livonian Order and the building of the Pirita convent started. The completed church was consecrated on August 15, 1436 by Tallinn’s Bishop Heinrch II.

The Pirita Convent that operated over 150 years, used to be the largest nunnery in Old Livonia.

When St. Bridget first convents were opened (the very first was the St. Bridget Vadstena convent in Sweden, that was opened in 1384) the convents followed strictly the rules of St. Bridget. According to the rules the Convent could not have more than 85 members – 60 sisters and 25 brothers (of these 13 were priests, 4 deacons and 8 lay brothers). The convent of nuns and the convent of monks were separated by the church that was common for both sisters and brothers. The nuns and monks still did not see each other during the joint masses.

The inhabitants of the two convents were allowed to talk to each other and to guests in special rooms only, so that the principle of enclosure would be observed. These rooms, the so-called parlours, were partitioned, and there were little windows in the walls – it was not possible to see through these windows, but to exchange certain necessary information and objects.

The church was built following strictly the St. Bridget rules. The floor was covered with limestone flags and, in some places, with glazed tiles. The interiors were dominated by ascetic greyish-blue colour.

Being built upon St. Bridget rules, the Pirita convent church was also a typical style of Tallinn. Its walls and pillars were smooth, without the vertical relief articulation so typical of French Gothic cathedrals and their countless followers. The heavy transverse arches that separated the bays did not rest on attached shafts but on elongated consoles. The consoles and the arches had simple geometric forms and clear and heavy moulding, that were typical variations of the late Gothic idiom that developed in early 15th century Tallinn.

The facade of the Pirita Convent church with a monumental triangular gable rising above the portal, with a height of about 35 metres, had landmark significance in local architectural history. The floor space of Pirita convent church was over 1360 m².

The interior dimensions of the Pirita Convent church were 24×56 m, the west gable 35 m high. Despite the most of the rules of St. Bridget order were followed during the construction, the main altar was located in the east and not in the west as is typical for Bridgettines. The reason for that change was the location of the convent – it would have been inappropriate to locate visitor’s entrance on the bank of river in the east instead of west where the entrance is closer to the road.

According to the St. Bridget rules, the church had 13 altars, all named after the apostles – so each priest had its own altar and apostle. In addition there were also several other side altars like the St. Bridget altar.

As pointed out by Villem Raam and Jaan Tamm, the co-authors of the book “Pirita Convent” we don’t need to go far in our search for the main influences, as they are for the most part apparent in the early Gothic forms of Tallinn’s Toomkirik (Cathedral of St. Mary the Virgin), in the basilica of Niguliste (St. Nicholas Church) and in Oleviste church. According to Villem Raam and Jaan Tamm it seems that these forms typical of Tallinn partly influenced the interior of the motherhouse at Vadstena, Sweden, evidenced by the elongated pendant consoles of the south wall and the pillars.

Since the main activity of the Bridgettine nuns was praying that mainly meant singing, the sisters at Pirita convent can be called the first large women’s choir in Estonia. Their dedicated songs were performed seven times daily at one of region’s largest concert hall.

Gathering in the church seven times daily the sisters and brothers sang every week the entire Old Testament Book of Praises, 150 psalms. Sisters dedicated also time for reading and meditations well as housekeeping and handicrafts, the brothers in turn were also given sermons in other churches. The sisters never left the convent and upon the death were buried in their own church.

The Pirita convent was also one of the well-known destinations for international pilgrims. The rooms for guests were located at the northwest corner of the church.

The Pirita Convent was brutally destroyed by Russian army short invasion in late January 1575. In addition, the nearby village was also destroyed. The local inhabitants never restored most of the buildings. As late as in last century – in the 1930s – potato field covered the former nuns quarters and the potatoes were stored in the former hypocaust of the abbess’s residence.

The first systematic excavations started in 1934 and led soon to remarkable findings. In the early 1960s the excavations shifted to south, focusing on remains on the east side of the monks quarters.

The findings can be divided into two large groups. One group included buildings and carved stones and the other group consists of innumerable fragments of artefacts, associated with everyday life in the convent. Especially significant in the last group are the fragments of ceramic vessels, which come in all shapes and sizes etc. Several of these findings are described in the book “Pirita Convent”, written by Jaan Tamm, one of the founders of Estonian Heritage Society and by Villem Raam, a long-time researcher of the ruins of Pirita Convent.

The once existing Bridgettine convent and its historical ruins in Tallinn had a special meaning for many Estonians during the last decades of Soviet occupation. The historical and popular site of the convent did not only remind the nation about its long and rich past, but was also depicted in on of the most popular Estonian films, made during years under Soviet rule. The film that tried partly to depict the life in old convent and stressed the will of the free nation to battle foreign forces included also a song that called up anyone who dreams about the freedom, to escape. The film as well as the song became enormously popular among Estonians and took the Bridgettine convent closer to nations heart. The old Convent itself had been in ruins after it was brutally destroyed by Russian army during XVI century.

The architects of the new convent are Ra Luse and Tanel Tuhal. The new St. Bridget convent, built next to the magnificent ruins of the old convent, was opened in 2001 and inaugurated by Archbishop Erwin Josef Edder on September 15, 2001. 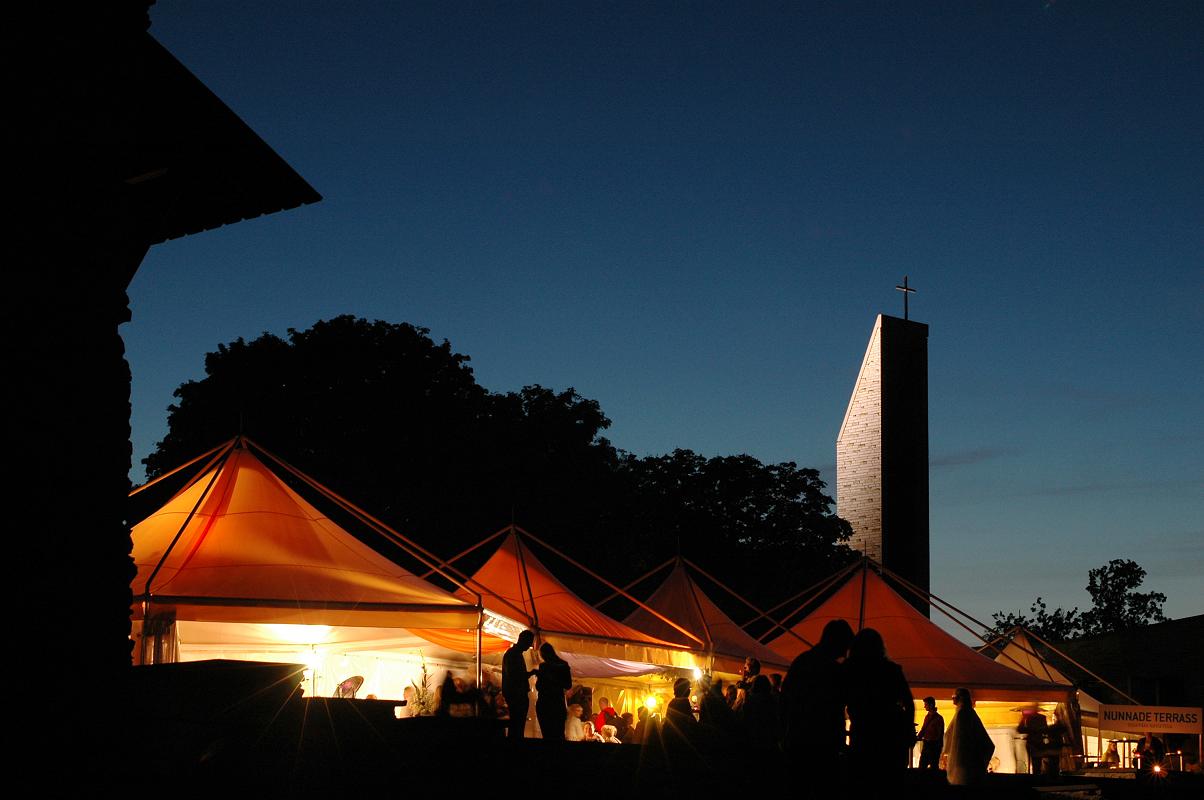