Raul Vaigla is indisputably one of Estonia’s most sought after and busiest bass players. Only a few bass players find the strength to reach forwards from “the back of the stage” and demonstrate their guitar as a solo instrument. This spring, Raul Vaigla issued his already second solo album titled “Heights”. Produced with great care, the full length album features top musicians from Finland and Estonia such as Siim Aimla, Tero Saarti, Raivo Tafenau, Sami Kuopamäki and many others. Marie Vaigla, who inspired by his father moves in a world that prioritizes only music, also participates on the album. 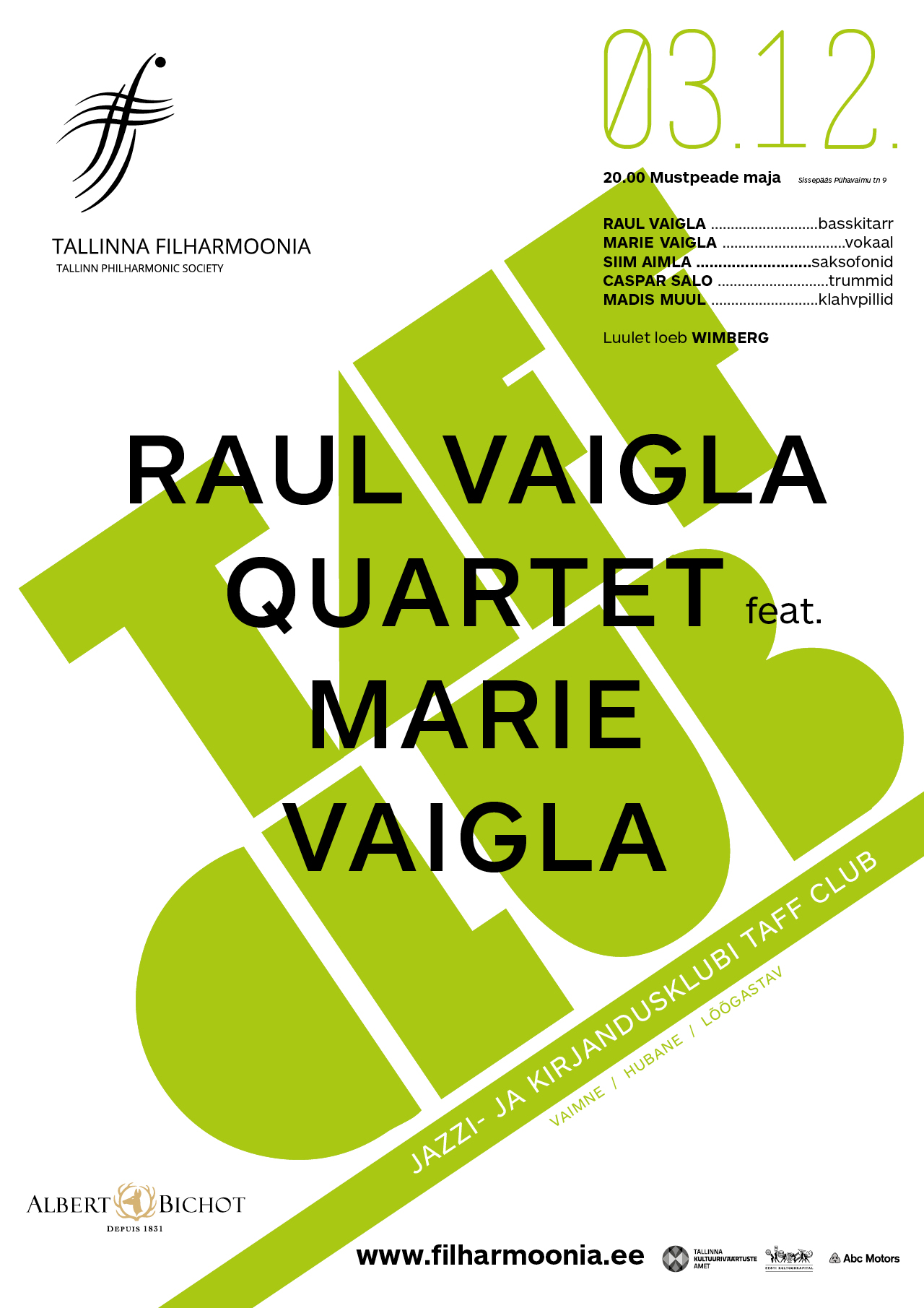 Gallery of the event