Tõnu Kaljuste is the conductor who founded the Estonian Philharmonic Chamber Choir (EPCC) (1981), the Tallinn Chamber Orchestra (TCO) (1993), the Nargen Opera project theatre (2004) and the Nargen Festival (2006). He has been a regular Grammy nominee and the winner of several prizes for recordings (Diapason d’Or de l’Annee 2000, Cannes Classical Award, Edison Prize, Brit Award 2003).

2010-2020 Tonu Kaljuste was a professor at the Estonian Academy of Music and Theatre and as the Head of its Conducting Department. Kaljuste has previously been a lecturer at the Tallinn Conservatory and a conductor of the Estonian National Opera. He has worked with many orchestras and choirs all over the world. During the 1990’s, next to his work with the EPCC and the TCO, he was also the principal conductor of the Swedish Radio Choir and the Netherlands Chamber Choir. Since 2001 he has worked internationally as a freelance conductor. He has been appointed a member of the Royal Music Academy of Sweden and has been awarded the Japanese ABC Music Fund Award, the International Robert Edler Prize for Choral Music, the First Prize of the 2004 Estonian Cultural Fund and the 2010 Performance Prize of the Estonian Music Council.

Kaljuste has dedicated a major part of his work to the music of Estonian composers (Heino Eller, Tõnu Kõrvits, Arvo Pärt, Veljo Tormis, and Erkki-Sven Tüür), whose compositions he has recorded for the ECM Record label. He has also recorded all of the Vespers and Litanies of Wolfgang Amadeus Mozart as well as the church music of Antonio Vivaldi for the Carus Verlag record label. He has worked in collaboration with composers such as Alfred Schnittke, György Kurtag, Krzysztof Penderecki, Erik Bergman, Giya Kancheli, Sven-David Sandström, Knut Nystedt, Einojuhani Rautavaara, Brett Dean, R. Murray Schafer, a.o.

The 2013 summer season of the Nargen Festival included the world premiere of Dominy Clements’ chamber opera “An Enlightened Disciple of Darkness” about the famous Estonian inventor and Nargen Island native Bernhard Schmidt. 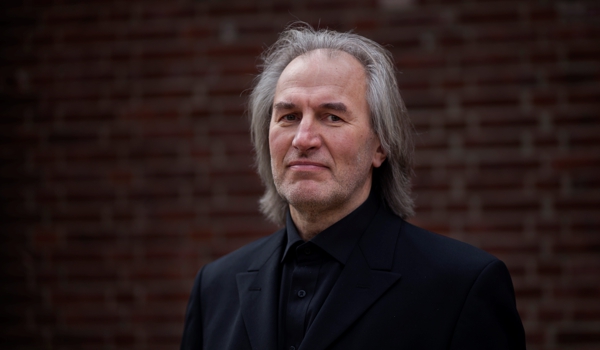